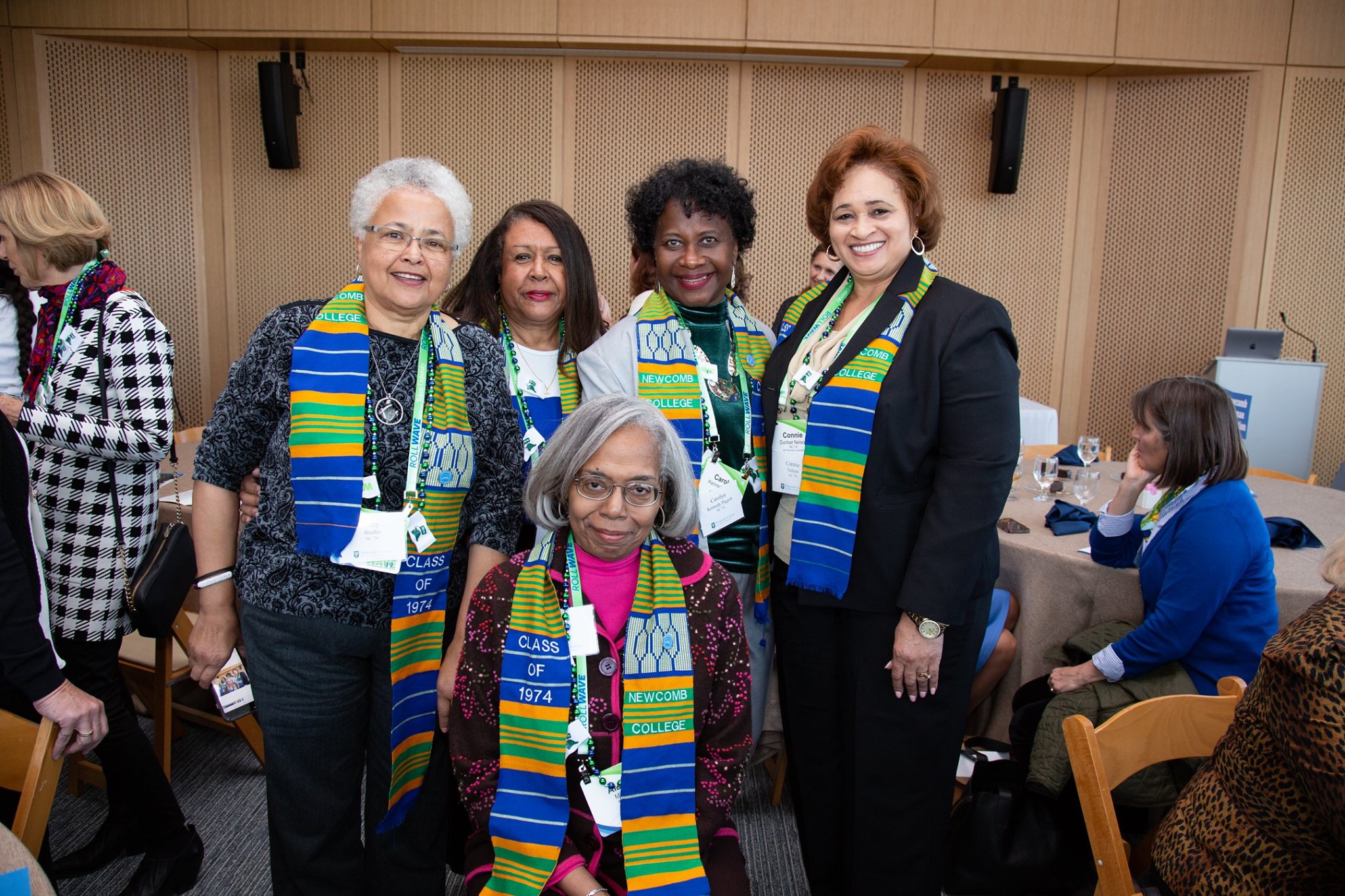 Tulane’s 2019 Homecoming celebration offered an opportunity for alumnae to explore the Newcomb Institute’s new home in the Commons, where the annual NAA luncheon was held. Of the 100+ people in attendance, one group in particular stood out — they were inseparable and wore matching scarves, brightly colored in blue, green and gold, embellished with the words “Newcomb College Class of 1974.”

The group first met in 1970, during a Newcomb College orientation week for Black students. According to Dr. Mary Jo Shaffer, the group became fast friends and have remained so ever since. “Whenever we get together it’s like no time has passed — we pick up right where we left off,” she said. “I still have friends from my childhood in Mississippi, and I still have friends from medical school, but these Newcomb friends are my closest friends.”

Shaffer grew up in rural Yazoo County, Mississippi. Her education experience prior to Newcomb was segregated; Shaffer describes herself as a sheltered and shy student when she arrived on Newcomb’s campus. She found community in the African American Congress of Tulane (ACT), a place for Black students to gather, collaborate on projects, and socialize. “At that time there were no Blacks in any other fraternities or sororities, so it was sort of our replacement for that,” Shaffer said. 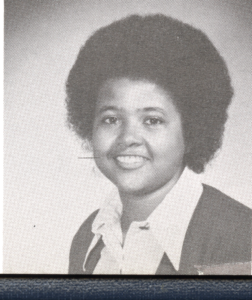 Mary Jo in her senior year at Newcomb College, 1974

Located in what is now the Myra Clare Rogers Memorial Chapel, Shaffer recalled that ACT hosted a variety of social activities, including a student–led volunteer tutoring program for neighborhood children, public lectures by civil rights activists, and comedy nights with figures such as Dick Gregory. “It was a good place to go where you felt like you belonged,” Shaffer said.

Shaffer credits programs like ACT and her friendships with Newcomb’s international students for widening her worldview, but it was the mentorship of one of her Tulane professors that would forever alter the course of her life.

As a work–study student and Biology major, Shaffer worked in the lab of faculty member Dr. Merl Mizelle. She quickly discovered that she didn’t enjoy lab work, but at the time, Shaffer had no interest in medical school. Dr. Mizelle was convinced she would make a great doctor: “He really pushed me to think about becoming a doctor. And initially I was resistant—I thought, ‘It takes too long, it’s too expensive, and anyway I wouldn’t be a good doctor’,” Shaffer recalled.

Despite her hesitation, Mizelle enrolled Shaffer in a Tulane summer program aimed at preparing minority students for medical school. “I don’t know what would have happened had he not pushed me, and had I not taken his advice,” she said.

As a Black woman practicing medicine in the late 1970s and early 1980s, sexual harassment and racism were a daily reality. “When I did my residency from 1978-82, there weren’t a lot of women in OB/GYN,” Shaffer said. “The lifestyle was tough. Most of us felt we needed to prove ourselves, to show we could do as much as the guys did.” 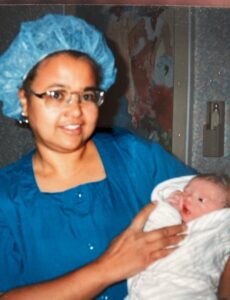 Over a career spanning 35 years, Shaffer watched the medical field grow into a more inclusive and humane space, especially as women patients began increasingly requesting women doctors. She has been pleased to see a cultural shift in how younger generations of doctors prioritize work–life balance and their own families. But despite improvements in equal representation in the medical field, women’s health still has a long way to go.

The United States is the only country in the developed world where maternal mortality rates, especially among Black women, are on the rise. Shaffer stressed that a number of social justice issues affect maternal mortality, including access to healthcare and childcare, access to quality food, quality education, and a voice on the job. “When I have a patient who is eight months pregnant and who suddenly starts to develop high blood pressure, I need to put her on bedrest,” Shaffer said. “But if she has a low wage job where she doesn’t get sick pay, she may not be able to afford taking bedrest. And even if a woman is not working, she is often still a primary caregiver for family members, so she might not get much rest either way.” 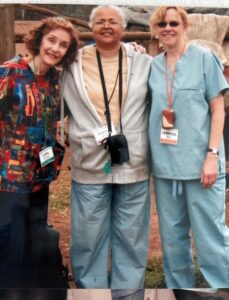 Shaffer’s dedication to women’s health has taken her around the world. Since 2007, she has traveled to Kenya eight times to volunteer for short-term medical mission work: “We have set up temporary medical camps and done some education projects in Nairobi, Turkana County, and Marsabit County.” The effort is a partnership between Shaffer’s church in Fullerton, California and a Kenyan organization called Missions of Hope International. “It’s been life-changing for me to meet these people and see what they have accomplished with so few resources,” she said.

Now retired, Shaffer has stayed involved in women’s health as a volunteer at her local free clinic. She and her core group of Newcomb friends — now spread throughout the country — reunite in New Orleans every chance they get. “My Newcomb College experience helped prepare me for the real world,” said Shaffer. “But it was the relationships I made that had the greatest impact. …Because of Newcomb, I have friendships that I can’t place any value on — they’re just that precious.” 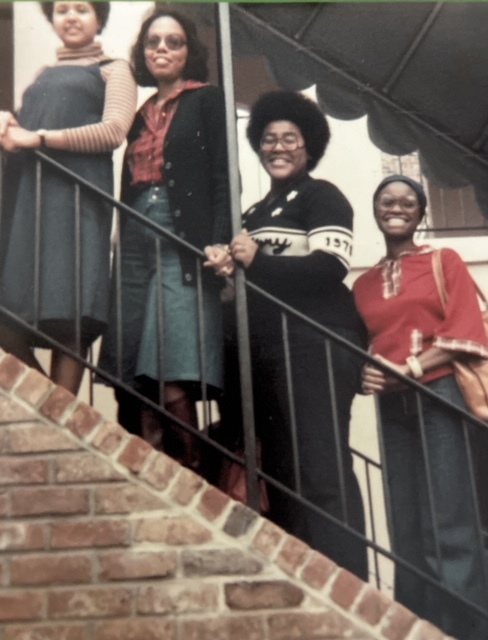 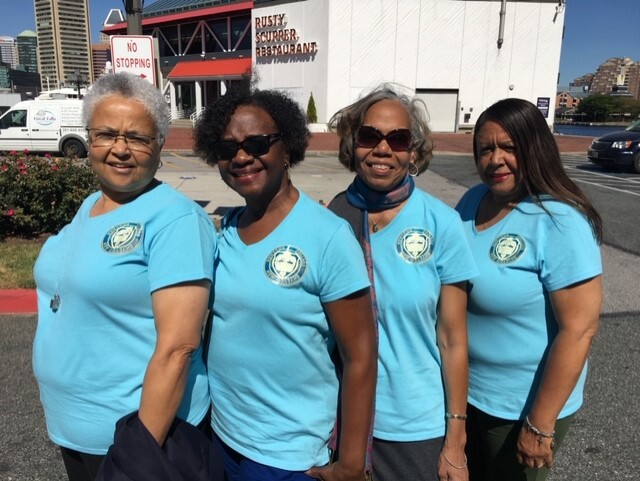