In Praise of an Ambitious Woman 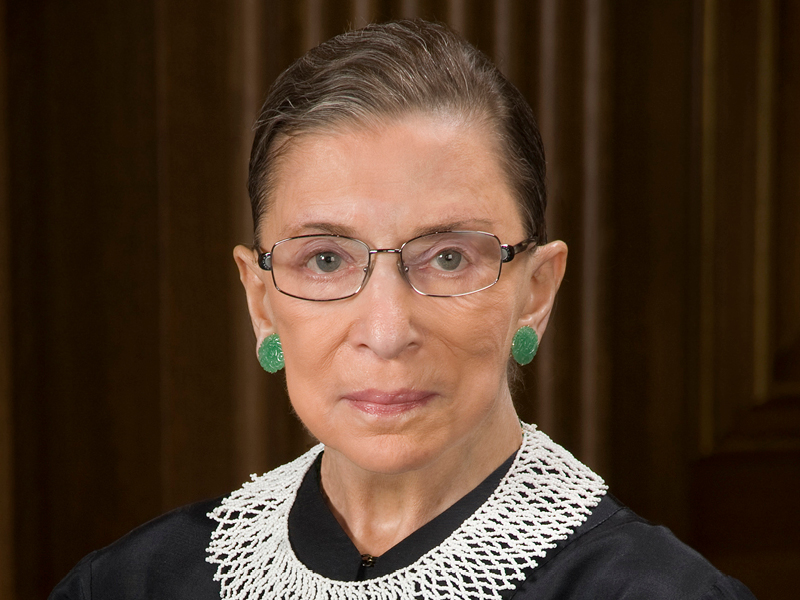 The passing of Justice Ruth Bader Ginsburg has hit all of us at Newcomb hard.  I cherish the opportunities I had to interact with her, both in person and in writing.  My research on women judges has opened many doors to me, not just providing me access to many women’s prisons, but to work with women judges in Nairobi, Cairo, Tbilisi, Luxembourg, Dublin, Buenos Aires, and London.  Highlights of my work with the National and International Associations of Women Judges include attending a conference on judicial selection at the White House (which included a Rose Garden nomination of three judges to the D.C. Circuit Court of Appeals by President Obama), attending meetings and receptions at the Supreme Court, and having dinner with Justice Ginsburg at a conference on women judges in San Diego.

We talked about the work she did to help overturn women’s exclusion from juries in Louisiana. Although it was a thrill to meet Mary Robinson (President of Ireland, UN High Commissioner on Human Rights) in the line for the ladies’ room at an IAWJ conference in Dublin, nothing can compare to the moment standing in line for the ladies’ room in San Diego when Justice Ginsburg said to me, “Professor Kenney, I want to thank you for your book.” Having received that praise and having seen the blue-footed booby in the Galapagos last year, I can now die happy. She later sent me a signed copy of her opinion in Burwell v. Hobby Lobby Stores, Inc. as if we were pen pals. 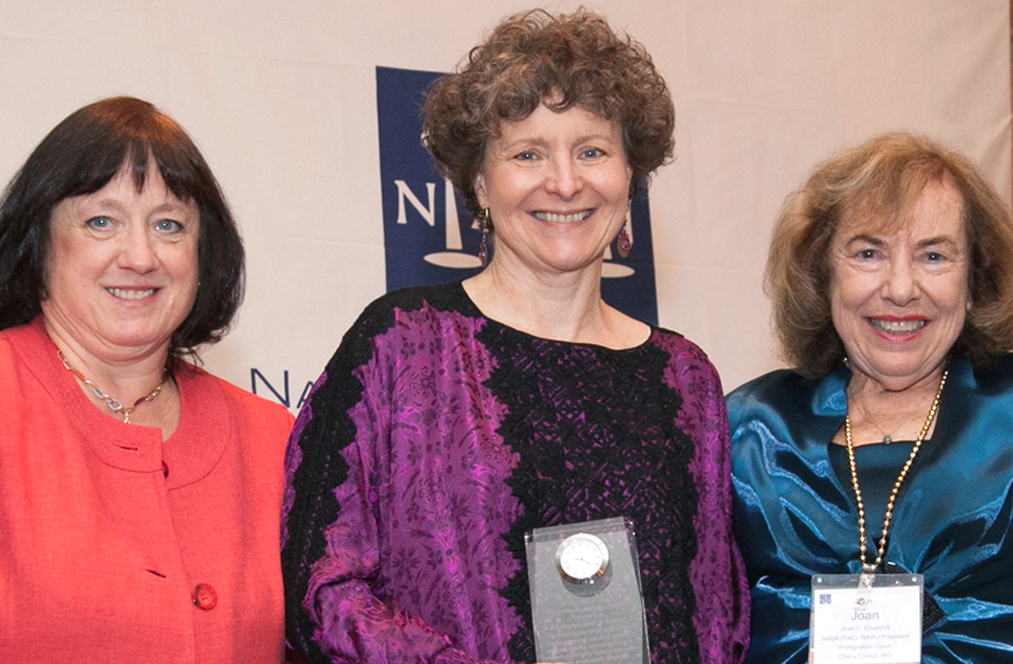 Sally J. Kenney (center) received a National Association of Women Judges Murray Award for her role in organizing the academic programming for the 2013 conference in New Orleans.

I am thrilled that the notorious RBG garnered the recognition she deserved in the last decade of her life, being the subject of excellent biographies, documentaries, and a feature film. Like Justice Sonia Sotomayor who appeared on Sesame Street, Ginsburg recognized the important symbolism of the presence of women on the highest court. She was determined to attend the state of the union address, even if she had just been released from the hospital or had consumed a glass of wine and struggled to stay awake.

She is best known for her careful litigative strategy at the helm of the ACLU Women’s Rights Project and as a supreme court justice that made real the 14th Amendment’s promise of equal protection of the law, nearly ratifying the Equal Rights Amendment’s prohibition of sex discrimination through doctrinal evolution.

Ruth Bader Ginsburg had ambition, vision, and confidence despite receiving no societal encouragement usually necessary to constitute such qualities. She studied law amongst a sea of men. Her dean summoned her to dinner to defend why she deserved to take the place of a man. Her brilliance, determination, and indefatigable energy (making law review, taking care of a husband and an infant, nursing her husband through cancer and supporting his legal studies) earned her no accommodation from Harvard Law School, so she transferred to Columbia where she also excelled.

As a woman, a Jew, a wife, and a mother, Ginsburg could not secure a position with elite New York law firms. She found a platform in academia but felt she must downplay her family role and only cautiously display solidarity with other women. Nor was the American Civil Liberties Union’s embrace of a women’s equality project a foregone conclusion. Instead, it was the result of her legal acumen, strategy, and dogged determination. While the film On the Basis of Sex may have overstated her husband’s role in crafting her legal arguments, he certainly deserves credit for her appointment to the Supreme Court. If excellence alone rather than aggressive lobbying could secure such positions, we would have a much more diverse and representative judiciary.

When President Clinton appointed Ginsburg to the Supreme Court in 1993, and she garnered overwhelming support from the U.S. Senate, we were optimistic. But the wall of white men were not dominoes and little of the progress we had hoped for has been achieved. Perhaps more worrying, we are all too aware of how precarious our small gains now are.

Ginsburg was a slow and soft-spoken speaker and an even more painfully slow eater. She was a surprisingly close friend of conservatives on the two courts she served. She loved to talk about opera and her Pilates regimen. Her personality emerged most strongly in her writing, where she was brilliant and also wryly funny. She was always impeccably groomed and fashionable, although the only individuality she could show in her robe was her choice of lace collar. She was a tiny bird of a person with enormous sparkle whose intellect packed a powerful punch.

Although frail, Justice Ginsburg was so tenacious doing her pushups, swinging her barbells, giving her speeches, and writing her opinions that we thought this icon of Halloween costumes and RBG swag would be with us even longer. As we mourn the beacon that has been extinguished, we must celebrate the movement for equality to which she dedicated her life.

Sally J. Kenney is the author of the book Gender and Justice: Why Women in the Judiciary Really Matter.

Read Dr. Kenney’s opinion-editorial on RBG for The Advocate.